25 Promoters from all five continents have been selected to help the ITTF Foundation to promote grassroots diplomacy through table tennis on the 50th anniversary of Ping Pong Diplomacy.

Zanemvula Dayimani and the Inkwenkwezi Youth Development Sport Foundation in South Africa plans to facilitate the dialogue between children of conflicting post-war communities in Eastern Cape.

Birungi Crian Lloyd and the Hoima Network of Child Rights Clubs (HONECRIC) uses table tennis to raise awareness of the effects of bullying. Their campaign Peace and Harmony brings together freshmen and older students in schools in Hoima, Uganda to better understand each other and to further prevent bullying.

Current table tennis player Offiong Edem and her not-for-profit Offiong Edem Foundation are planning on an anti-conflict city walk for awareness, as well as a conflict-resolution workshop to provide a resolution between the warring communities in Calabar South, Nigeria.

In Madagascar, Misraëls Rakotondrabe and Just Playing Ping nail two birds with one stone (or rather, one table tennis ball). Her World Table Tennis Day event not only addresses the political differences but also famine in the southern part of the country. Her use of table tennis as a tool to achieve both is out of the world. Stay tuned and sign up for our newsletter to discover her approach.

In Makululu, Zambia, one of the biggest slums in Southern Africa, Maximilian Chanda and the Community Health Education Sports Initiative Zambia focuses on gender-based violence, child, early and forced marriages, in addition to crime and substance abuse. Their plan for World Table Tennis Day is to create a safe space for girls through table tennis, as well as workshops on reproductive health and rights.

Conflicts between pastoralists and farmers in rural areas affected by climate change are common in Morogoro, Tanzania. Angelus Runji and the Conservation of Nature for Survival is calling for an Earth walk on World Table Tennis Day to deliver the message of peace. Table tennis matches in public spaces and secondary schools will also take place to start the facilitate dialogues and early engagement.

Israel Smith and the Dadin Kowa Youth Connect in Nigeria focus their event on conflict prevention among Christian and Muslim communities. There will be a Ping Pong Diplomacy tournament for students from 16 schools, as well as workshops designed for community members in overcoming religious conflicts.

Bringing the four ethnic tribes in Akufful Krodua, Ghana together in a friendly tournament, Arthur Kenneth and the Backspinners Table Tennis Club is looking to ease off the tension and reduce the violence between those tribes and build a platform for dialogues.

Nelly Nkatha Mutuma and the St. Teresa’s Table Tennis Club in Nairobi, Kenya hopes to promote unity among young players from different clubs and foster non-hateful communication by encouraging them to become the “Peace Ambassadors”. 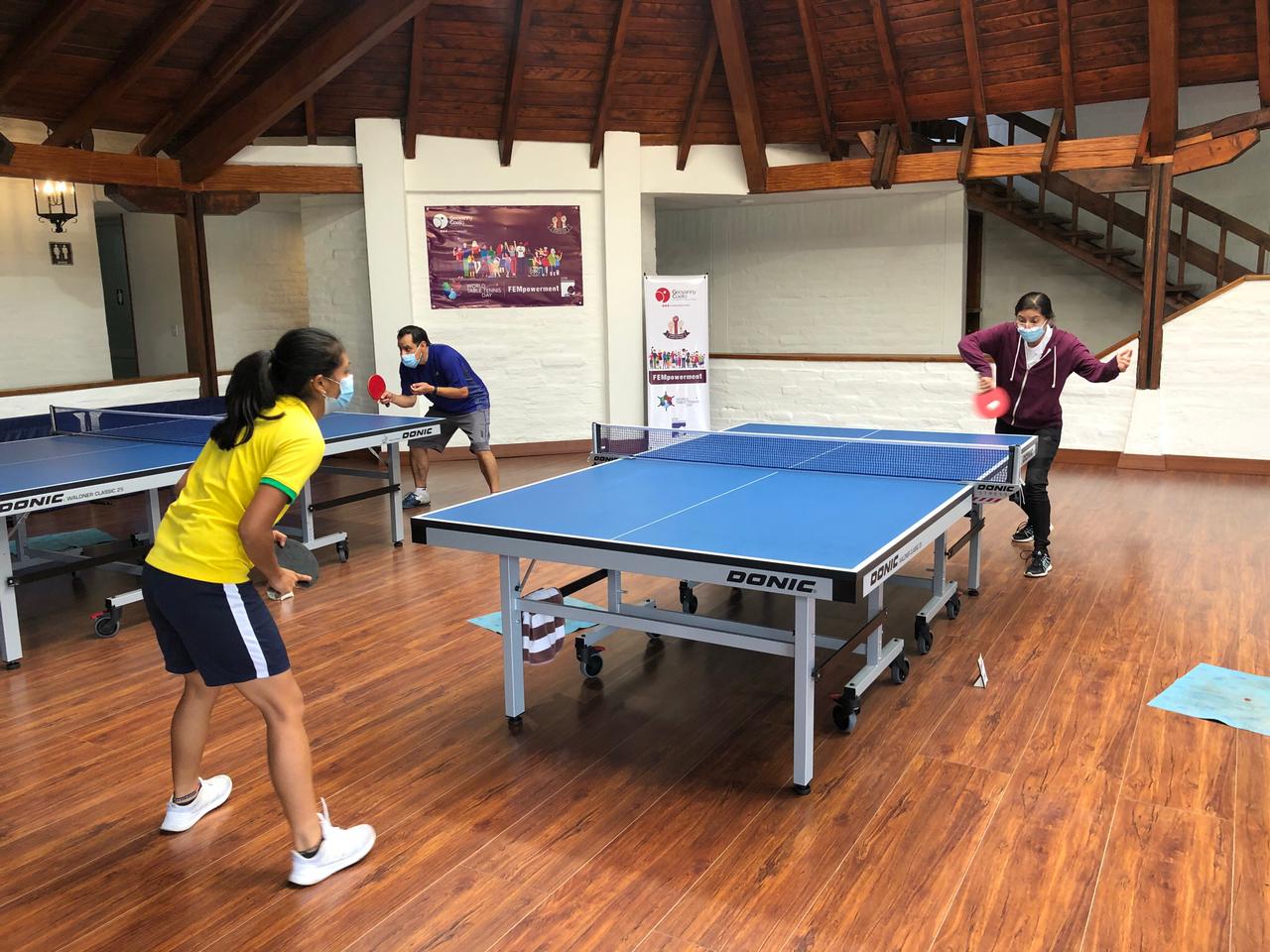 Determined to resolve the conflict between table tennis managers within the province of Quito, Ecuador, Allison Quintanilla and the club Universidad San Francisco de Quito is planning on inviting the president of the provincial table tennis federation and club leaders to compete in friendlies.

Also in Ecuador, Yamali Blanco and FUDELA use the opportunity to address juvenile delinquency, illiteracy, and multidimensional violence in the city of Esmeraldas through table tennis tournaments and community festivals.

Targeting one of the most serious social issues, James Budenholzer and the American Youth Table Tennis Organisation will bring together youth of different backgrounds to learn and interact through table tennis on April 6.

In Toronto, Canada, Mabel Ho and the Yee Hong Centre for Geriatric Care tackle generational exclusion and the stigmas for elder people, people with dementia with age-friendly and inclusive events on World Table Tennis Day.

Identifying signs of violence and abuse can potentially stop tension from further escalating to the crime that undermines peace. Nicolas Montes Rios, the Fundación Cultura viva and Club tigres in Manizales, Colombia introduces role models that have overcome a past of violence, drugs, and poverty to the participants of the programme „El barrio sin violencia“ to stop abuse and violence against children. 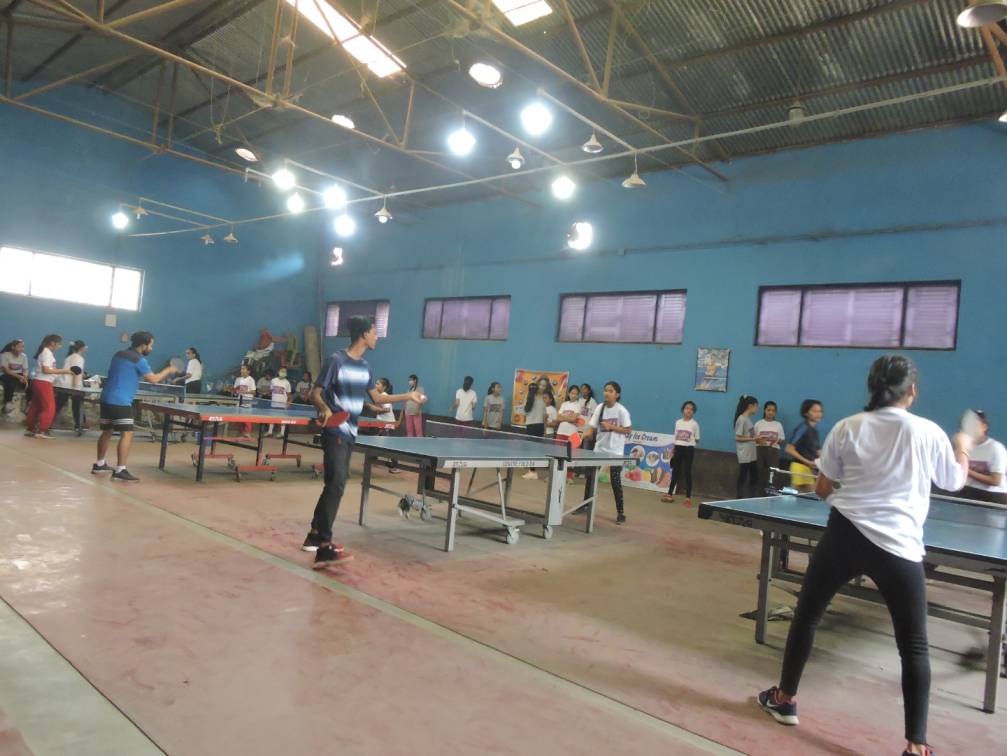 Bayasaikhan and the Table Tennis Academy of Mongolia address the differences between the rural and urban populations in Ulaanbaatar by bringing people from various social statuses across the capital.

Naresh Rawal of Stag Saroj’s table tennis 4 all club in Nepal is looking to organise a tablet tennis camp with 100 participants of different religions and caste backgrounds in the hope to help them to overcome stereotypes and bias.

Lokesh Singh Bagri and the organisation PSIUS in India aims to reduce inequality and promote gender equality with a series of Pan-India event, including awareness camps and table tennis tournament.

Also in India, our current Dream Building Fund recipient Pro Sport Development and Promoter Khadija Moin leads a group of youths to organise four events in school to raise awareness about gender discrimination for 200 youths, as well as to teach how to make sport a platform for constructive dialogues.

Mayssa Bsaibes and the Lebanese Table Tennis Federation was some of our most devoted Promoters for World Table Tennis Day 2021. Her focus this year would be to use table tennis to resolve the conflict between religions and politics, specifically between Chiyah and Ein El Emmaneh, Christians and the Muslims in Beirut, Lebanon. 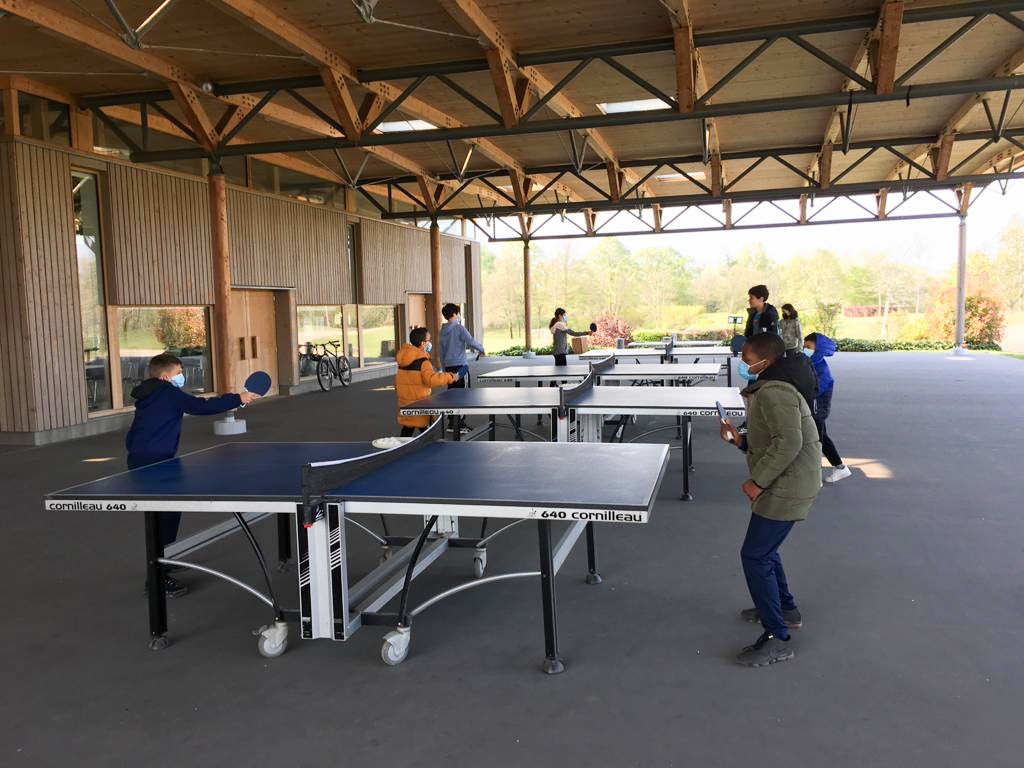 In Thessaloniki, Greece, Nikolaos Gramenos and the Mediterra Institute use the opportunity to bring together athletes from different countries and cultures, with a special focus on the Greek and Turkish communities. Their World Table Tennis Day event consists of a marathon race mimicking the Olympic Torch Relay with table tennis balls, mixed doubles of Turkish and Greek players, and a match inside an aeroplane.

Argjend Ferati and the Kosovo Table Tennis Federation plans to promote table tennis in cities around Pristina that currently have no registered clubs. While Kastriot Orana and the Klubi i Pingpongut Priping Table Tennis Club try to re-integrate Serbians living in Kosovo, facilitate Kosovo-Serbia dialogue by inviting ambassadors in Prishtina to the friendly tournament

Looking to unite the conflicted parties through table tennis, Zurab Berukashvili and the Table Tennis Federation of Georgia celebrate the upcoming World Table Tennis Day with a conflict resolution tournament with residents living by the Russia-Georgia conflict zone.

Renato Walkowiak and the Paris 13 Tennis de table in France help the migrant families integrate into the French community by introducing the buddy system in schools, where a child from a club acts as the buddy of a student introduce them to table tennis.

In Suva, Fiji, Dhirish Kumar and the Fiji Table Tennis Association target crime amongst youths. Their World Table Tennis Day event features awareness programmes in two cities with high violence and crime rate. The aim is to divert youths to use sport instead of violence and bring together community members of different cultural backgrounds.